Always on the move – connecting coaching and Bujinkan 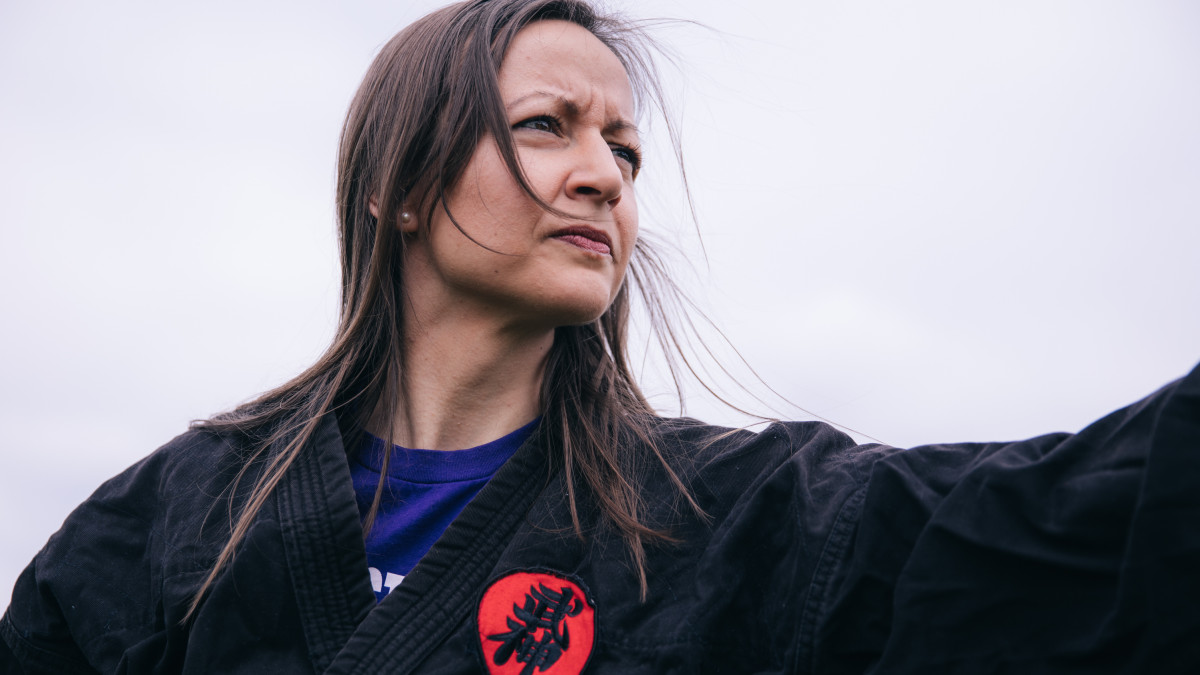 People describe her as passionate about everything that she does and truly perseverant. Her experience has shown that balance requires constant movement, such as on a bicycle. So, she puts her efforts to be on the move even if turns out it is in the wrong direction because then she simply knows that she should turn the wheel and pedal on.

Ana’s first professional experience was transformer winding as part of the family business. For her family, electronic engineers, the real surprise was her decision to study dentistry. After several years of clinical practice, she earned a scholarship for the master's studies in healthcare management at SDA Bocconi, and that took her to Italy. Today, she has been working for almost eight years as Head of Professional Education and development in the Swiss company Curaden AG with a goal to support the education of dentists around the globe.

What brought you to Bujinkan?

When I was 15 years old I wanted to learn something about self-defense. My brother introduced me to his friend who trained in martial arts. At the time I practiced basketball as well, but as time passed by I decided to quit and dedicate myself to martial arts. My life took me to different countries, professions, environments – but Bujinkan (martial arts that represent the composition of several different samurai and ninjutsu schools) stayed with me and helped me to better understand myself and the world around me.

Share your definition of coaching and where and how you see its application?

My motivation to enter the coaching world was similar to the motivation to start training martial arts. I realized it was as important to learn not to be my own victim as much as it was to learn not to be the victim on the street. So I entered a world of coaching first as a client, and then I saw the value and the importance of the things I learned. Until that point, my experience (combined with the way I was raised) shaped my behavior, and this naturally dictated my results. Coaching changed all of that.

For me – coaching is a path where you as a coach are walking half a step behind the client, not too far but enough so you do not dictate the pace of walking. On that path, there are no wrong answers or turns. The only important thing to avoid is too long-standing in the same spot because that can hurt you, both in training and in real life.

Today, besides my job, I own a coaching and consulting company in Switzerland where I work with managers who want to significantly uplevel their results, that are stuck for some time and/or simply want to grow in a certain area but don’t know-how.

Share with us your opinion regarding the combination of sport and coaching, similarities and differences? Are there some unique values?

There are a lot of parallels between martial arts and coaching. Understanding the goal and the individual motivation for the training is very important for the process of learning martial arts. Also partnering between Sensei and students and establishing trust within the team is crucial. All those things I found in coaching later. Both coaching and martial arts are covering similar topics, developing our skills and teaching us how to be a better version of ourselves.

You wrote a book, tell us something about it.

The experience I had in both worlds inspired me to share these lessons in a bestseller which was published a year ago on Amazon called: Beginner With a Black Belt. The name of the book comes from the tradition we have sometimes in Bujinkan, where they tend to give you a new rank in the training minimum a year or two before you earn it. That encourages you to learn and train more, to be more dedicated, and really become the rank you have on your belt. When that day arrives, they award you a new rank you do not deserve yet, and the chase starts again. That tradition is something special; it makes us observe life not towards a goal but from it. It makes us ask ourselves: What should I do today if I was to truly be there next year?
The book is divided into three parts: Principles of Heaven, Earth, and the Human, which are references for both coaching and Bujinkan where every section answers one of the three fundamental questions on the road to our self-mastery:

Where am I going? (Principles of Heaven)

Where am I right now? (Principles of Earth)

Who am I, truly? (Principles of Human)